Stories from the wells: how the Roman wells of Guissona can shed new light on life in the past 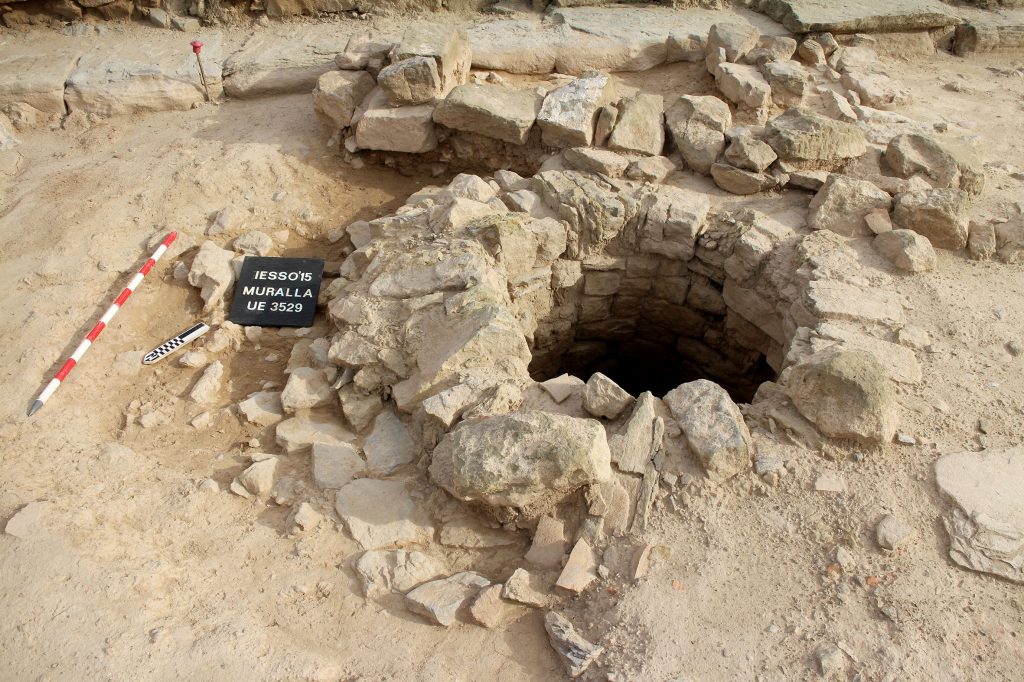 Picture of the 2017 well in the Roman city of Iesso, outside the city wall. Picture courtesy of the Classical Archaeology team at UAB.

Excavations in the Roman municipium of Iesso began more than thirty years ago as part of a research project led by the Classical Archeology team of the Autonomous University of Barcelona (UAB) and directed by Josep Guitart and Joaquim Pera. The excavation area is located just outside the modern town of Guissona (Catalonia) and linked with the Museum of Guissona – two spaces that in combination promote research and dissemination regarding the Roman past of the area.

So far, a total of five wells were located across various parts of the ancient city. But what is so notable about these wells? The answer to this is the anaerobic conditions created in their micro-environment, which seldom occur in archaeological excavations in the Mediterranean. The waterlogged conditions formed in the wells have allowed an excellent preservation of an array of organic remains that are rarely found in the area, such as a bucket and several objects made of wood, parts of leather shoes, and remnants of highly perishable vegetables and fruits. As such, the findings of Guissona are of particular importance to add significant new data to current knowledge for this part of the Roman Empire.

Three of these wells were already excavated in previous campaigns. The first two wells were uncovered in 2000 and are dated to the Republican phase of the city. The third well, located outside the city wall, was excavated in 2017.

The two archaeologists that directed its excavation, Drs Núria Romaní and Esther Rodrigo (UAB), explain that the well was associated with a building that was likely a hostel offering meals and accommodation to travellers arriving in Iesso. On either side of the hostel lay a courtyard area, where the water well was built to supply the installation. The work of Drs Romaní and Rodrigo showed that the well was abandoned and partially destroyed by fire in the late 2nd/beginning of 3rd century AD and was filled up in one go.

Last summer the Iesso archaeological team moved on to dig the fourth well, under the direction of Dr Rodrigo. This well was located next to the complex of public baths in ​​the city. Dr Rodrigo reports that the wet sediment appeared at 1.60 meters from the level of circulation and that in the end, a total of four cuttings were obtained until reaching the bottom of the well. She explains that the well was full of sediment and contained a mixture of pottery, organic remains and other metal finds. Some of the pottery appears to have fallen accidentally, which suggested to the team that this well was filled up gradually and unintentionally, as a result of abandonment of its primary use. In contrast to the other wells, this time, there were virtually no faunal remains. Archaeobotanical remains, on the other hand, were numerous with a great potential to add significant new knowledge to Roman foodways, trade and social life in general.

A large team of archaeologists are studying the different types of material culture retrieved from the wells in order to reconstruct the town’s environment, food preferences, trade connections, past technologies and social life in the past.

The organic material of the wells these are under study by the following team of experts:

Stay tuned to follow the work of the team and see how it reveals, bit by bit, the rhythms of life in Roman Guissona!