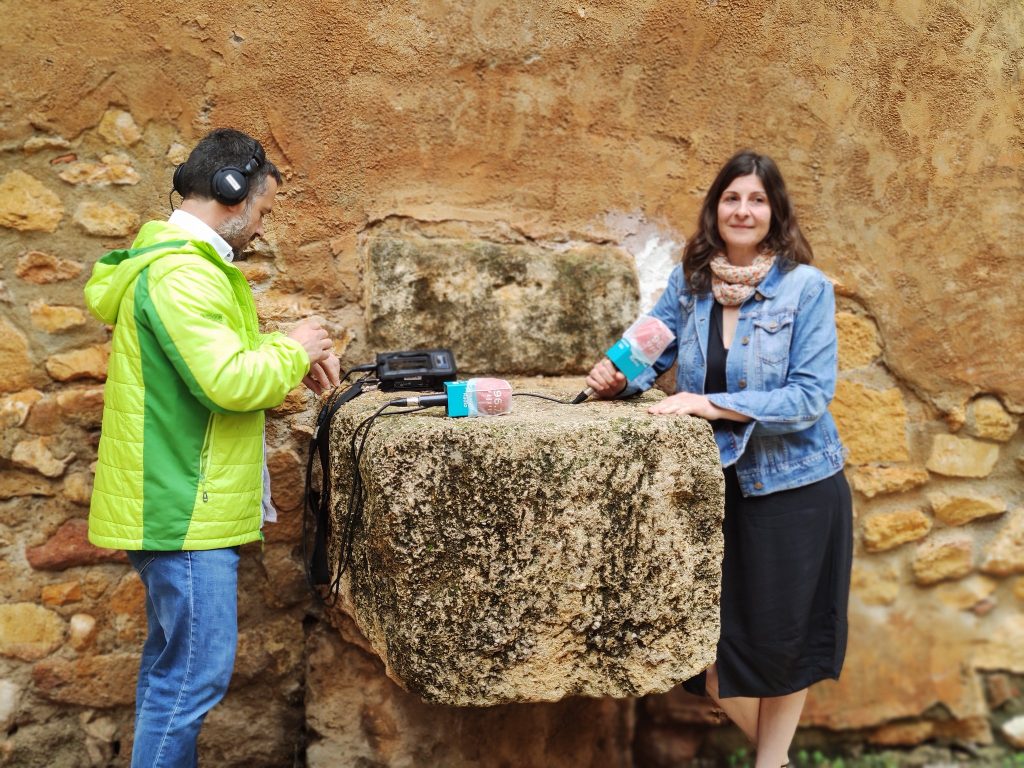 Alexandra Livarda presents an update on our experimental cultivations in Greece, in the new ‘Toquem Pedra‘, the section about archaeology in Tarragona Ràdio‘s ‘Què de qué‘ programme.

Listen to the podcast

The scientific dissemination program ‘Toquem Pedra’ has been broadcast since 2021, and is broadcast live on the third Wednesday of each month, at 11:40 am.

“What do you know about archaeobotany? Today we talked with Alexandra Livarda, Ramón y Cajal researcher of the GIAP group of ICAC. Alex told us about her research project on experimental barley crops in Greece, and the aim to develop new tools to explore what agriculture was like in the past and at the same time contribute to improvements in contemporary agriculture.

So far 23 varieties of barley have been selected, which is one of the most common cereals found in archaeological excavations in the Aegean but also the rest of the Mediterranean. These varieties are being grown experimentally, under different irrigation and manuring regimes. The first harvest in the summer of 2021 was successful and a large amount of grain was collected. From this material Alex and her team selected 5 different barley varieties for a pilot study, recording their morphology in 3D.

This is the first time such a thing is being tried in archaeobotany on cereal grains, because unlike other archeological materials (such as animal bones or pottery), the size of grains is very small and thus very difficult to scan in 3D with high precision.

By being able to record barley grain morphology in 3D with a high-precision scanner, these researchers are able to take thousands of measurements from a tiny grain. These measurements are processed with machine learning, a method of artificial intelligence that allows the development of very specific calculation algorithms.

ICAC researcher Hèctor Orengo is working precisely on the development of these algorithms and, with his results, it has been possible to classify the grains’ measurements according to the variety they belong to, with high accuracy although the team is currently working on improving these results.

The aim of the project (more information on ICAC’s website) is to scan and measure thousands of barley grains of known varieties, cultivated under different regimes, to ultimately develop an algorithm that allows to infer results on the agriculture of the past from archaeological material (ancient grains).

This will be an important step forward for the discipline of archaeobotany, as it will open up new interpretations of how economic decisions were made in the past.

At the same time, experimental crops are based on traditional barley varieties (varieties developed before industrialisation) which provide us with a fascinating and detailed level of information on the yield of these varieties and their nutritional value.

This may contribute to the agronomic decision-making of the present, as well as to the possible introduction of new varieties in crops, which give better results in an era, ours, of increasing concerns on food security.

Stay tuned for more updates on archaeobotany and our experimental cultivations! See past posts on the topic: