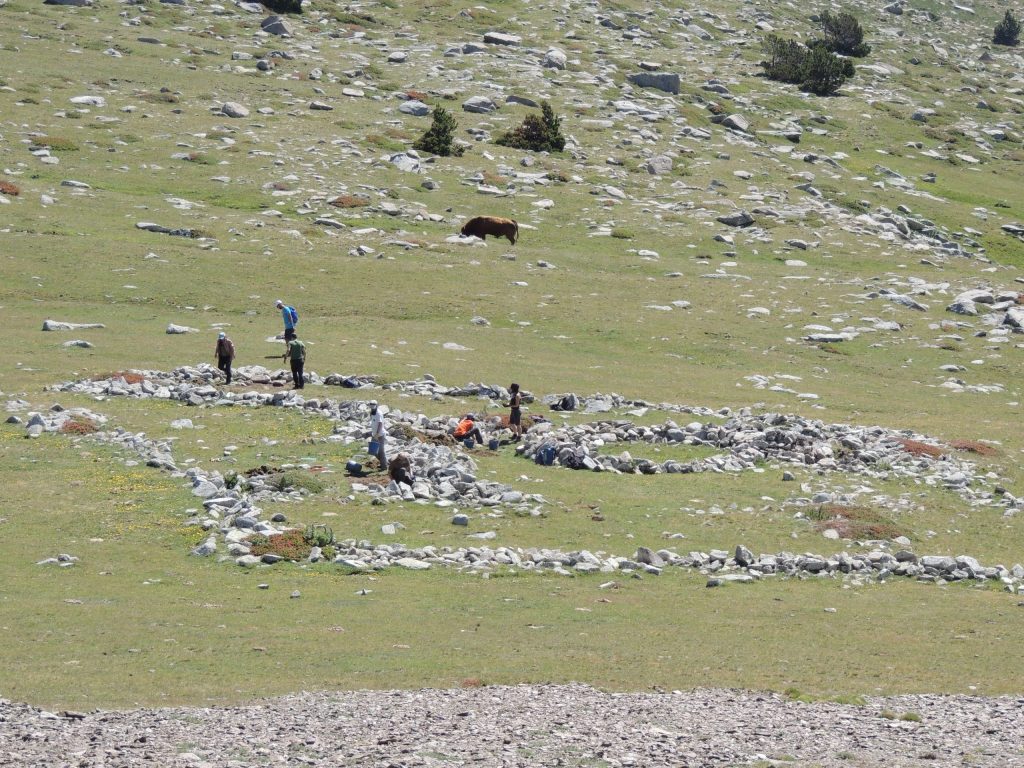 ICAC’s archaeological surveys in the area (carried out since 2018) raised the possibility of a military settlement at an altitude of 2,500 m.

Meranges City Council and the Catalan Institute of Classical Archaeology (ICAC) have reached an agreement to reactivate this summer the archaeological works at Coll de Molleres site (Cerdanya), the highest Roman site discovered so far in Catalonia, at 2,500 metres above sea level. The project thus enters a second stage, after the first surveys within a wider investigation in which the municipalities of Guils and Lles, in La Cerdanya, were also involved.

The archaeological works carried out by the GIAP research group (ICAC) focus on the study of human occupation, from the Neolithic period onwards but especially the Roman period, around and above an altitude of 2,000 m. The Roman site at Coll de Molleres would unseat another site in the Vansa and Fórnols valley (Cadí mountain range), at an altitude of 2,000 m, as the highest in the country.

At this site located in an area known as Goleró, GIAP archaeologists found evidence of military metallurgical exploitation from the Roman period. Josep Maria Palet, director of ICAC and co-director of GIAP, also pointed out that in the same way as the Vansa site, the Meranges site may also have been a strategic control point for the passage of troops through the Pyrenees, and he announced that “this summer we will begin to excavate it extensively”.

Four years of GIAP archaeological works in the Pyrenees

Thus, the Meranges City Council and the Catalan Institute of Classical Archaeology (ICAC), through the GIAP group, will now activate a four-year archaeological excavations project that will leave behind the different survey tasks carried out since 2018.

These works allowed the team to reconstruct the chronology of some of the structures that compose the site. By radiocarbon-dating charcoals recovered in the archaeological layers related with the occupation of the structures, they were already able to determine that the large quadrangular structure was in use during the early Roman period. The pottery recovered during the surveying also corroborates this chronology. Now, with the whole excavation of the main structure, they are addressing the functionality of the site.

Coll de Molleres site is located on land owned by the City Council, which has expressed its willingness to promote the archaeological investigations.