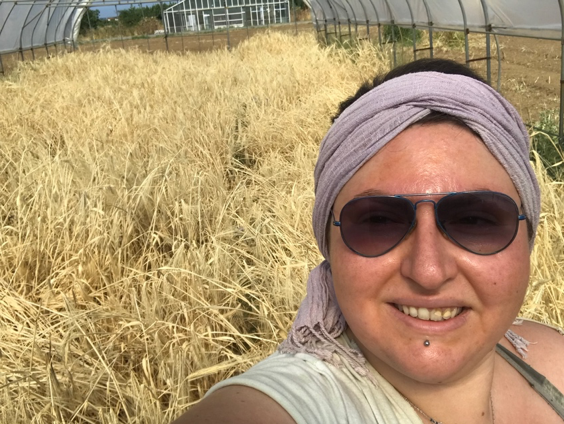 Archaeobotany and the study of seeds and grains can be very frustrating, especially when compared to other bioarchaeological disciplines, like zooarchaeology. Let us explain: when you have an animal bone you can get all sorts of information. You can tell what animal it is, but also, the sex, age, whether the animal had suffered pathologies during its life-time, whether the discarded bone was chewed by dogs, other animals, whether it was processed and turned into an artefact, whether it was cut in a particular way that can reveal certain technologies, and the list grows longer. So, a bone bears so much wonderful information that can tell you straightaway a whole story. Seeds, however, are tricky! Without more detailed analysis that often destroy the seeds completely there is a relstively limited amount of information that can be extracted simply from their morphology.

With this in mind we set out an ambitious project to create a new tool that will allow us to use the 3D morphology of grains to distinguish agricultural regimes, but also landraces and all sorts of other types of information! Different aspects of this project are financed by an I+D+i project (DarkRevisited, PI Dr Alexandra Livarda) and two Marie Skłodowska-Curie Action projects (iShape3DSeed, Dr Cemre Üstünkaya, supervisor Dr Hector Orengo and DarkSeeds, Dr Charlotte Diffey, supervisor Dr Alexandra Livarda). Alexandra Kriti has recently joined the team as a PhD candidate.

The first step for the creation of our new tool is experimental cultivations! Dr Giannis Mylonas and Dr Elisa Ninou are our agronomist collaborators that oversee our experiment, which is based at the Institute of Plant Breeding and Genetic Resources (IPBGR) at Thermi Thessalonikis, north Greece. Despite the numerous obstacles posed by the pandemic we managed to successfully sow the grains of 22 traditional accessions of barley from across the Aegean in the autumn of 2020, under a combination of different agricultural regimes (different levels of irrigation and manuring).

Now in June it is time to harvest our grains!

Alexandra Kriti has been in the field, overseeing and tending the experimental plots since this last April. She has been observing, measuring and monitoring the plants as they have been growing to better understand the resulting morphology, which has been quite a task! Leading to harvest season, the weather became very unstable, with heavy rainfalls and strong winds that are not characteristic of the area -Thessaloniki, in the current season, delaying the harvest and putting our plants at risk.

Despite the difficulties, the experiment is moving on and we are particularly happy to report that the harvest season has now finally began! Soon, we will have collected more than a thousand barley ears from the experimental barley fields, which will allow us to move on to the next stage of the experiment.

Stay tuned to learn more on how we are developing our new methodology, which will be involving all sorts of 3D scanning, 3D GMM, measurements, charring experiments, more measurements, isotopes, algorithms and machine learning!