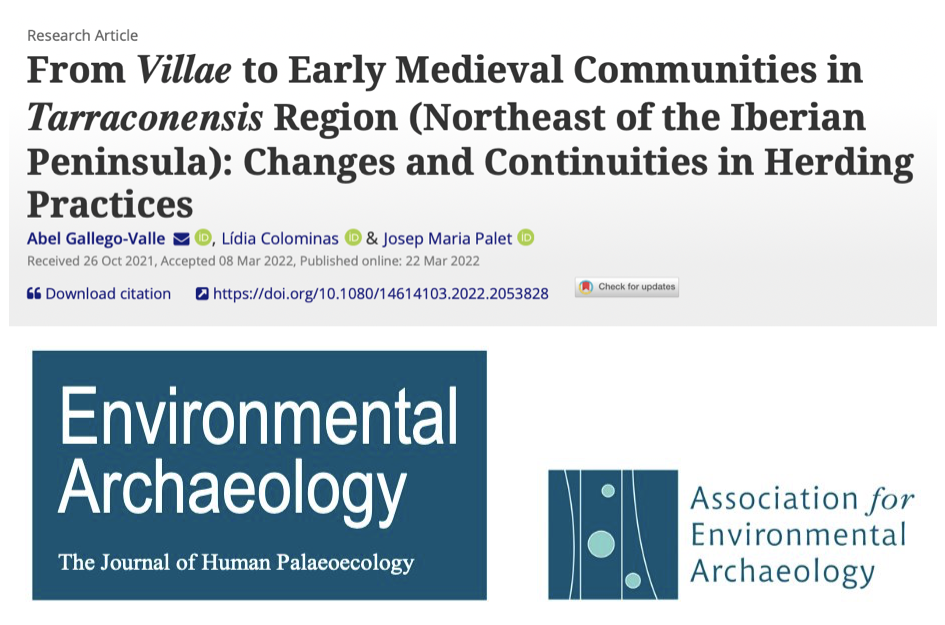 “From Villae to Early Medieval Communities in Tarraconensis region (northeast of the Iberian Peninsula): Changes and Continuities in Herding Practices​”

In recent years, archaeology involved itself in solving one of the main challenges affecting our knowledge of the Visigoth period: the lack of finds. This has led to the study of a number of different types of finds, including faunal remains that, until very recently, had been overlooked. In this paper we present an archaeozoological study focusing on animal taxa identification, anatomical categorisation and the kill-off patterns of faunal remains from seven sites in the Tarraconensis region (north-east of the Iberian Peninsula) dating from the Late Roman period to the Early Middle Ages. It allows us to provide the first evidence of changes and continuities in herding practices in this area. The results indicate that ovicaprines, especially sheep, were the basis of animal husbandry, mainly for their meat, but also for their milk and wool. We also document the disappearance of the Roman period producer-consumer centre binomial pattern. We propose that this was due to the fact that both rural settlements and urban centres would have attempted to guarantee a diverse supply of animal products to be self-sufficient, and to generate some surpluses in order to pay taxes and/or to trade.