GIAP Webinar: ‘A view to the sea’ with Dr. Jane Rempel 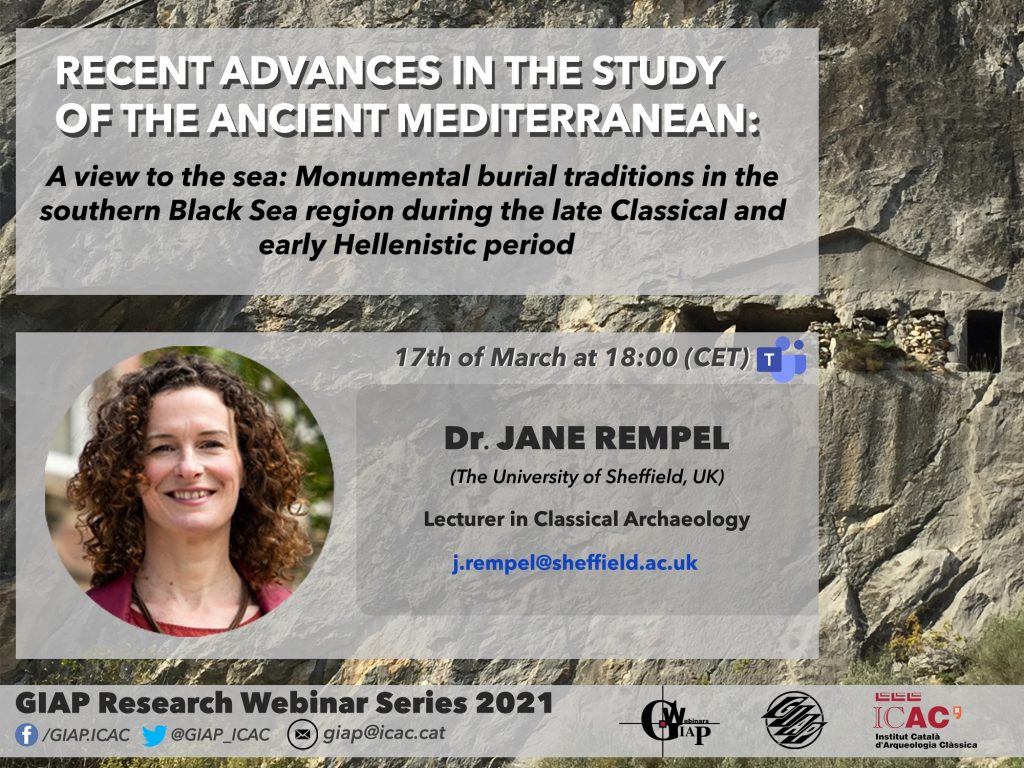 On the 17th of March GIAP is hosting the second talk of the webinar series ‘Recent Advances in the Study of the Ancient Mediterranean’ to be delivered by Dr Jane Rempel (University of Sheffield, UK).

Dr Rempel’s talk examines the late Classical/early Hellenistic monumental burial traditions from Sinope and Amisos on the south coast of the Black Sea. It argues that, while these burials are locally informed, they were designed to participate in larger networks of elite competition. These include the regional network of the central Pontic region (Paphlagonia and the Pontic kingdom) and also that of the other Greek settlements around the Black Sea. During a period of marked prosperity and mobility, as well as dynamic political competition, new monumental and lavish burial traditions played an important role in proclaiming elite identities across political and cultural boundaries.

‘A view to the sea: Monumental burial traditions in the southern Black Sea region during the late Classical and early Hellenistic period’