GIAP goes to India: a new project investigates the origins of the Indus Civilisation 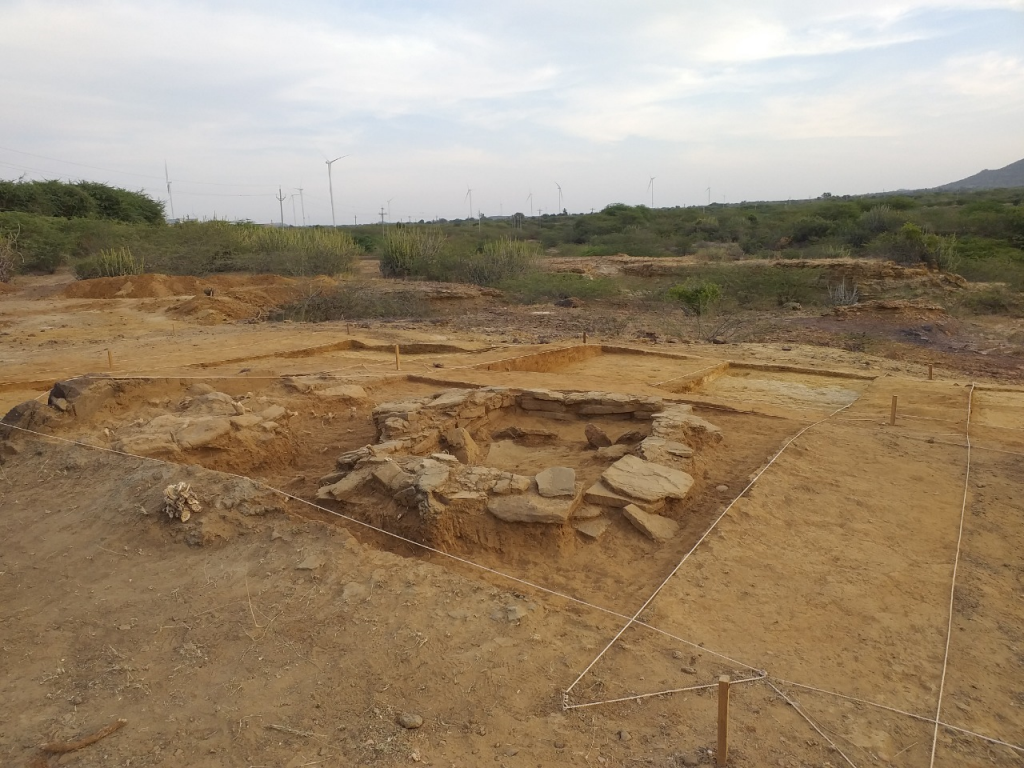 One of the c. 50 burial chambers excavated so far at Juna Khatiya. Note the mounted structure, which was covered with a sandstone block.

Hi, this is Francesc! I’m a postdoctoral fellow at GIAP, and this is my first blog post – just about time! I joined ICAC during the worst months of the pandemic back in Spring last year to closely work with the remote sensing team under Dr Orengo. My research focuses on developing computational workflows to work with Big Earth Data (vast collections of multi-temporal and multi-sensor satellite imagery) to detect archaeological sites -and the risks that threaten their preservation- quickly and efficiently over large areas. Much of my research is centred on drylands, particularly in the semi-arid monsoonal landscapes of the Bronze Age Indus Civilisation in South Asia.

Today I’ll briefly introduce our new Indus initiative in the Kachchh region in the state of Gujarat, north-western India. The “Kachchh Archaeological Project: trade, pastoralism and the origins of the Indus Civilisation” (2021-2023) has been generously funded by the Palarq Foundation, and it right now in its very initial stages – just gearing up all the pieces.

The project aims to shed new light on the role that rural areas played in the development of the Indus Civilization. Most of the Indus academic corpus has focused primarily on the urban period or Classic Harappan phase (c. 2600-1900 BC). However, we know very little about the pre-urban or Early Harappan phase (c. 3300 and 2600 BC). It is during this early formation stage of the Indus world when complex agricultural and pastoral practices in Kachchh were first seen, thus defining its own regional socio-economic dynamics until the full integration of the area into the Indus Valley.

Until recently, there was only a few evidence for Early Harappan sites in Kachchh,  in contrast with the abundant archaeological remains for the urban phase (hey, see for example the impressive archaeological site of Dholavira!). This picture started to change with the 2019-2020 excavations of the Early Harappan cemetery of Juna Khatiya by Profs. Rajesh S.V. and Abhayan G.S. from the Department of Archaeology, University of Kerala.

The excavations at Juna Khatiya sets our starting point. Our investigations will focus on three key archaeological contexts to better understand the beginnings and development of the Indus Civilization in the region: 1) Early Harappan cemeteries, through the bioarchaeological analysis of the remains at Juna Khatiya, including biogenic isotope from human teeth and residue analysis from artefacts (e.g. microbotanical remains and lipids); 2) Early Harappan settlements, through the detection and excavation of new potential domestic spaces, and 3) the cultural landscapes of Kachchh. through the study of ethnographic evidence, long-term land use and multi-temporal remote sensing datasets. The integration of these three contexts will allow us to fully meet our project’s objectives during the next three years, and unravel new  ‘histories’ of the Indus civilization. 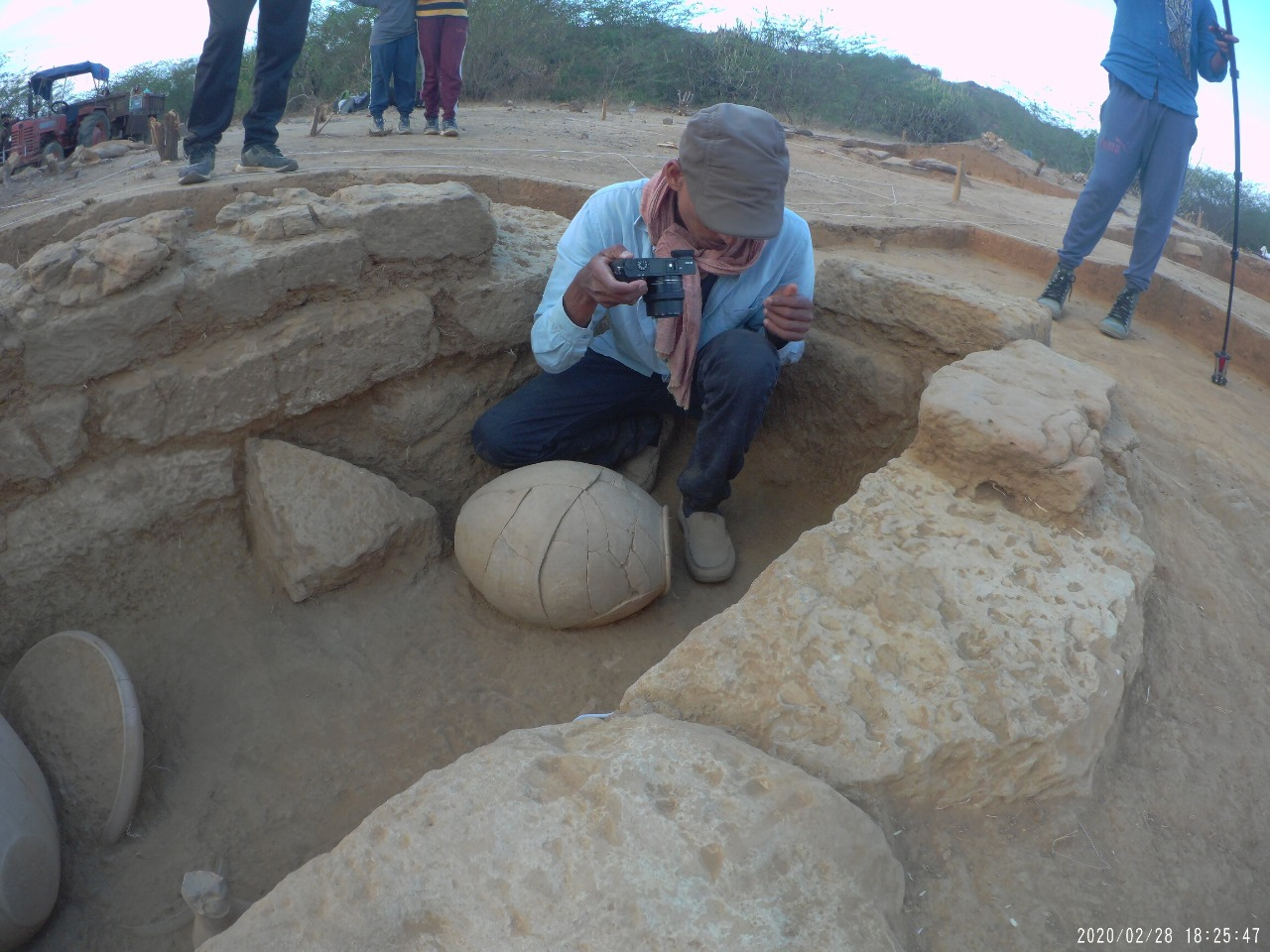 Dr Ahayan G.S. documents Early Harappan pottery with a possible origin from the neighboring Sindh region in the Indus Valley. 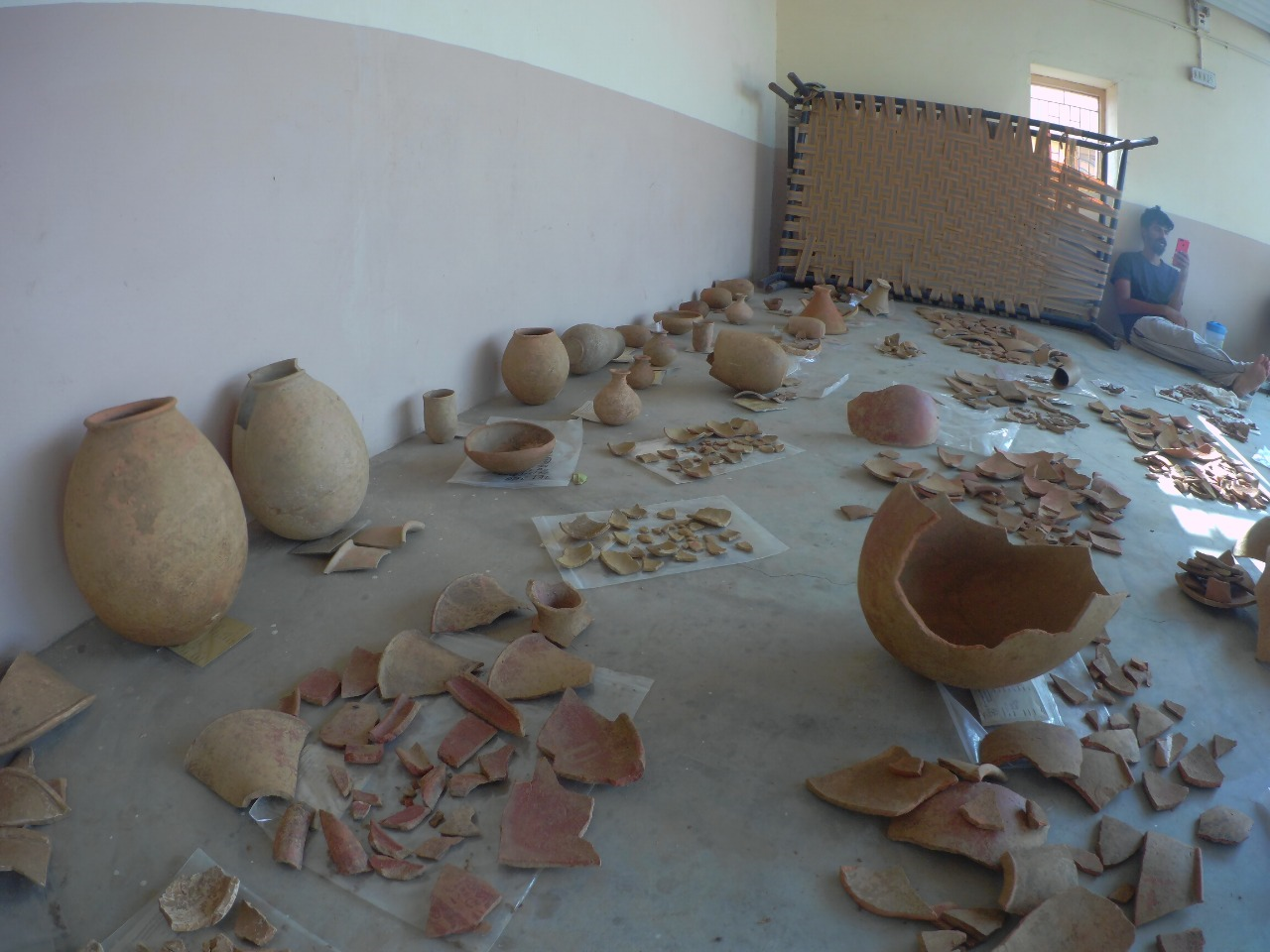 The sherd puzzle at Juna Khatiya is quite large – waiting for lipid extraction!

Timely organisation for on-site meals – can’t wait to have my Gujarati Thali again!

The project is an ongoing GIAP-ICAC collaboration with the University of Kerala and the Spanish National Research Council. It also includes researchers from the University of La Laguna, in Tenerife, as well as from Albion College and the Rochester Institute of Technology, both in the United States.

Do you want to know more? Check the new National Geographic Spain post showcasing the project (in Spanish)! Stay tuned and follow our Twitter for more posts on this topic as we move forward to our first satellite observations and analysis!