Fieldwork at the Greek colony of Abdera, Thrace, Greece: report on our summer adventure 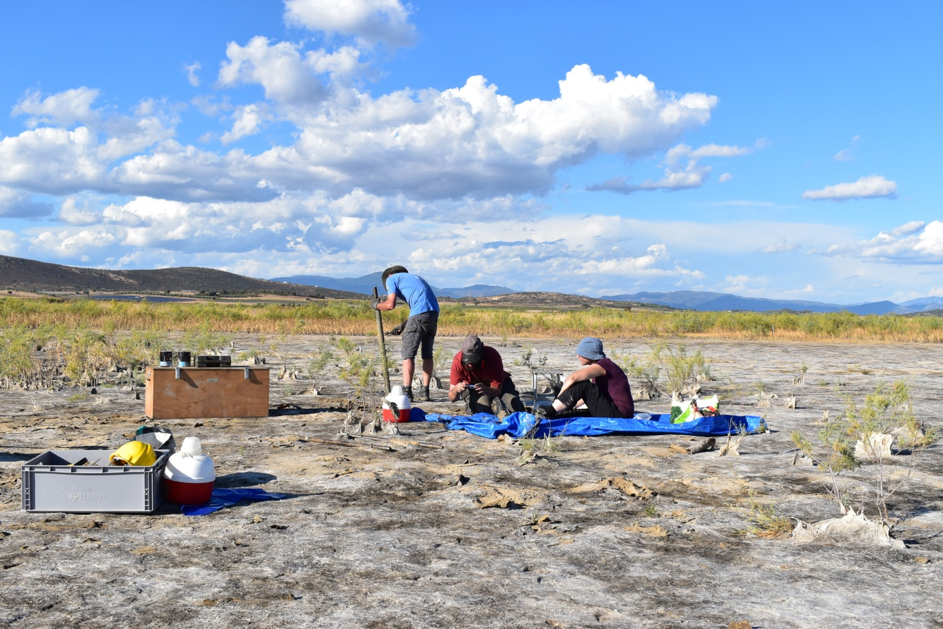 2020, a complicated (!) year for the whole world. And in the midst of the pandemic we had somehow to move on with our TransLands project to ensure we have good datasets to continue with the palaeoenvironmental reconstruction and analysis of this twice-funded Classical colony. We somehow had to reach our study area and retrieve Holocene sedimentary sequences suitable for multi-proxy palaeoenvironmental analysis. We also wanted to explore the Holocene stratigraphy and reconstruct the palaeogeography around the colony in order to better understand the landscape configuration through time.

The logistics were very complicated, not least due to the uncertainties until the last minute of whether we would be allowed to travel. Yet, the excellent collaboration between five different institutions (GIAP/ICAC, GEOLAB UMR 6042 UCA-CNRS, EVS UMR 5600 UNIV LYON2-CNRS, Xanthi Ephorate of Antiquities and the Kapodistrian University at Athens) and the determination of Drs Alfredo Mayoral, Ana Ejarque, Arnau Garcia, Mercourios Georgiadis and the rest of the team did the trick!

We completed two drilling campaigns in July and in September/October at the coast of western Thrace. And here are our campaigns in numbers: 18 days in the field, 6 people from 3 different institutions, 22 drilling points, several flights, 5800 km crossing 4 countries with a van, 700 km in a ferry, 500 km with an Opel Corsa (some of them off-road), 5 PCRs, several kg of feta, +/- 50 souvlakia, and lots of fun!

In total we drilled more than 140 metres of sediment in different wetlands around the Greek colony (max depth 8.2 m). Of these we got 54 m of sediment, which is dated to between the Neolithic and the post-Classical period.

Dr Alfredo Mayoral is the first one to put his hands on the cores and he has just started the stratigraphic and sedimentological analysis of the cores in the lab at ICAC! Secured in our newly acquired fridge, these cores will be studied during the next few years by a team of palaeoenvironmentalists under the direction of Dr Ana Ejarque (GEOLAB UMR 6042). The analysis will include several proxies and will allow discerning the environmental history of Abdera’s colonization to be compared with the extensive palaeoenvironmental record revealed during the last years at Emporion, in Catalonia, at the eastern coast of Spain. However, given the number, distribution, and depth of the sedimentary records and given the results of our preliminary radiocarbon-dating, we will be able to use them also to study a wide variety of socio-environmental related topics, such as the first human impact on the area (particularly important as the Aegean is considered to be one of the entry routes of the Neolithic in Europe), the so-called ‘Dark Ages’ and so much more!