GIAP starts a new survey campaign in the Mongolian steppes 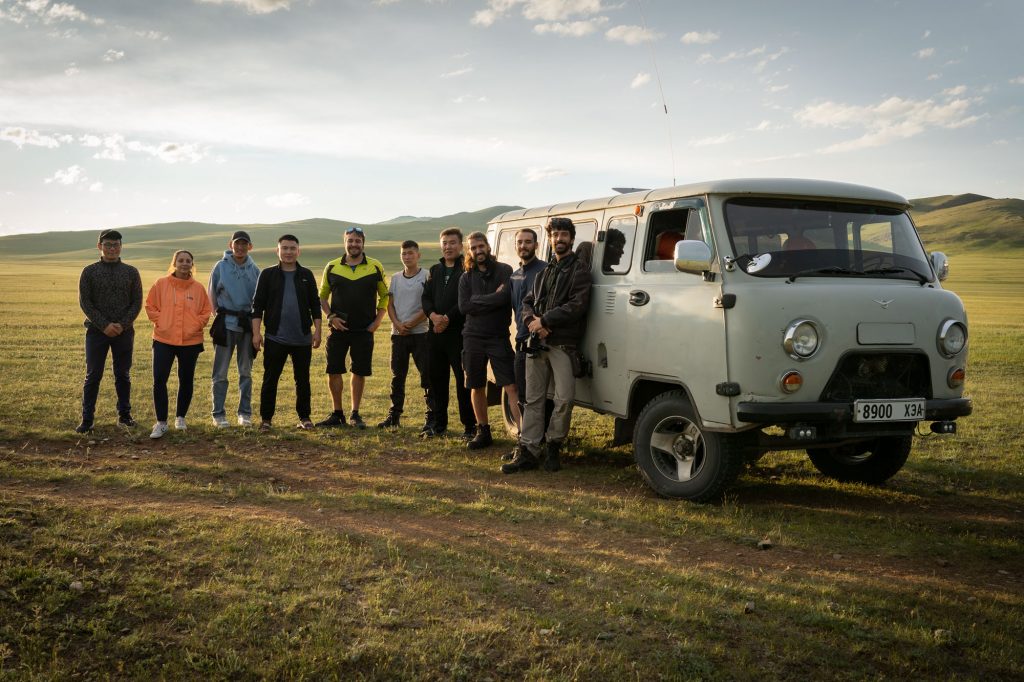 GIAP researchers Francesc C. Conesa and Arnau Carbonell-Puigventós are currently in Ulaanbaatar, Mongolia’s capital, to set up the final preparations for their field survey season starting in Züünkhangai sum, Uvs province in the north-western part of the country (featured picture by OAK stories).

This summer Francesc and Arnau are joining an international team together with Natalia Égüez (University of La Laguna), Burentugs Ganbold (National Museum of Mongolia), Javier Davara (University of La Laguna), and Javier Corso, photographer and co-founder of Oak Stories. He will provide another analytical (and hopefully more artistic) perspective on our daily routines and archaeological insights. Once everything is ready in the capital, the team will travel west from Ulaanbaatar to Züünkhangai in a c. 15h journey by car. They will set up the main camp in Züünkhangai’s winter school to start the fieldwork campaign in the rich and ecologically diverse archaeological landscapes of the Züünkhangai region. It encompasses open grasslands to hilly dense forests, alluvial plains and lakes.

As in other well-known Western and Central Mongolia regions, the area is dotted with hundreds of mortuary monuments dating back to the Late Bronze Age (1200-700 aC). Small to very large khirigsuurs are perhaps the most impressive (and visible) stone mounds that attest to an early societal complexity that would eventually pave the road for the first nomadic empires in the Eurasian steppes. The team will visit and validate previously -and remotely- detected khirigsuurs and monumental complexes. Moving from the most prominent archaeological features in funerary contexts, the team will continue the previous WMAP geo-ethnoarchaeological approach in the area. The team will systematically survey potential seasonal herder campsites and habitational sites. In that regard, the WMAP team recently published the first study on a multi-layered pastoralist habitation site in Züünkhangai that shows a recurrent seasonal winter occupation from the mid-Holocene up to the present day. Have a look here!

This field season arises as a new research collaboration between ICAC and the Archaeological Micromorphology and Biomarkers Laboratory of the University of La Laguna (Canary Islands), within the framework of the project “Archaeology of nomadic pastoralism: the invisible imprints of domestic spaces” led by Dr Natalia Égüez (University of La Laguna) and funded by the Palarq Foundation. The project is part of the Western Mongolia Archaeological Project (WMAP), an ongoing and long-lasting research initiative of the National Museum of Mongolia and the Western Kentucky University led by Drs Bayarsaikhan Jamsranjav and Jean-Luc Houle, respectively.

This is our very first post-pandemic field season in Asia. Over the past two years this collaboration and many other projects were continuously postponed, and we’re excited to see them finally back on track!

Stay tuned here and on our socials for more news and results from Mongolia!